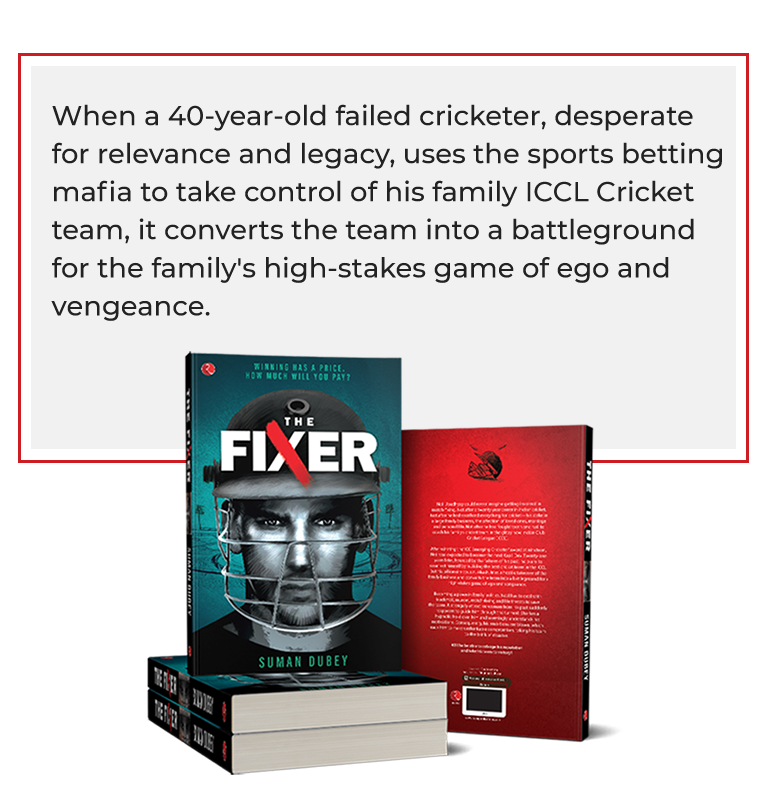 "When the Gods wish to punish us, they answer our prayers.”

An old-world decaying Upadhyay business empire set in the capital city of Delhi; a history of ego and power struggle. An ageing matriarch, Sudha. A politicking son, Ramesh. A prodigal grandson, Gagan, who has crashed the business to the ground. A bitter granddaughter, Nandini, who is waging a proxy war against her family for forcing her into a bad marriage. A debauched womanising grandson-in-law, Jayshankar, who is working with the mafia to take control of the same business empire. And the other billionaire grandson, Akash, who had moved out of the fold to build his own business empire and now wants to take over the family business to avenge past crimes. Caught in this family feud, the youngest grandson, Neil, a failed but talented cricketer, is oblivious of this toxic environment, and in his simplicity believes in the elder’s unconditional support through the family’s cricket team in the new launched ICCL. The same nativity which killed his cricket career now poses the greatest threat to his plans for redemption as he becomes a pawn in the family politics. The bitter battle to control this team quickly becomes a full-blown war to avenge old wounds and control the destiny of the family. All of them become ‘Fixers’ when the stakes rise in this war. Gradually they shed their mask of morality and duty to reveal their dark souls and bottled-up selfish aspirations. Will this family survive and uphold its legacy or combust in this deadly game of cricket-politics-mafia and match-fixing.

And bookstores near you